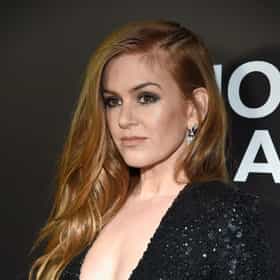 Isla Lang Fisher (; born 3 February 1976) is a Scottish-Australian actress, voice actress, and author who began her career on Australian television. Born to Scottish parents in Oman, she moved to Australia at age six. After appearing in television commercials at a young age, Fisher came to prominence for her portrayal of Shannon Reed on the soap opera Home and Away from 1994 to 1997, garnering two Logie Award nominations. Fisher made a successful transition to Hollywood in the live-action film adaptation of Scooby-Doo (2002), and has since achieved fame for her roles in Wedding Crashers (2005), Confessions of a Shopaholic (2009), The Great Gatsby (2013), and Now You See Me (2013). Her ... more on Wikipedia

Isla Fisher Loves and Hookups 2.5k views Who is Isla Fisher dating? Many famous men have dated Isla Fisher, and this list will give you more details about these luck...
The Best Isla Fisher Movies 1k votes List of the best Isla Fisher movies, ranked best to worst with movie trailers when available. Isla Fisher's highest grossing...

Isla Fisher is ranked on...

Isla Fisher is also found on...