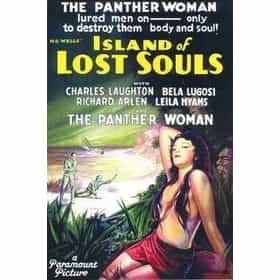 Island of Lost Souls is a 1932 American science fiction horror film starring Charles Laughton, Richard Arlen, Leila Hyams, Bela Lugosi and Kathleen Burke as the Panther Woman. The film was directed by Erle C. Kenton and produced by Paramount Pictures from a script co-written by science fiction legend Philip Wylie, the movie was the first film adaptation of the H. G. Wells novel The Island of Dr. Moreau, published in 1896. Both book and movie are about an obsessed scientist who is secretly conducting surgical experiments on animals on a remote island. ... more on Wikipedia

Island of Lost Souls is ranked on...

Island of Lost Souls is also found on...