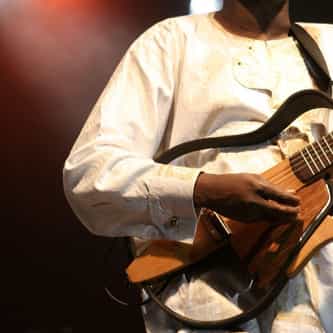 Ismaël Lô (also Ismaël Lo) is a Senegalese musician and actor. He was born in Dogondoutchi, Niger on 30 August 1956, to a Senegalese father and a Nigerien mother. Shortly after Lo's birth the family returned to Senegal where they settled in the town of Rufisque, near the capital Dakar. He plays guitar and harmonica, and has been called "the Bob Dylan of Africa". In the 1970s, Lo studied at the School of Art in Dakar. He later joined the popular group Super ... more on Wikipedia

Ismaël Lô IS LISTED ON