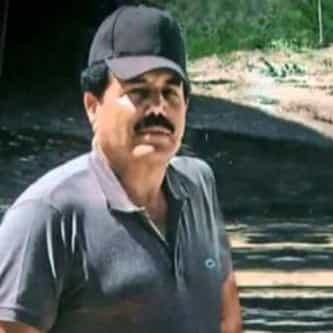 Ismael "El Mayo" Zambada García (born 1 January 1948) is a Mexican suspected drug lord and leader of the Sinaloa Cartel, an international crime syndicate based in Sinaloa state, Mexico. Before he assumed leadership of the entire cartel, he served as the logistical coordinator for its Zambada-García faction, which has overseen the trafficking of cocaine and heroin into Chicago and other US cities by train, ship, jet, or narco-submarine. ... more on Wikipedia

Ismael Zambada García IS LISTED ON