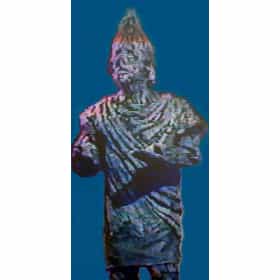 It! is a 1967 British/American horror film made by Seven Arts Productions and Gold Star Productions, Ltd. that features the Golem of Prague as its main subject. The film was made in the style of the Hammer Studios films both in sound and cinematography. It! stars Roddy McDowall as the mad assistant museum curator Arthur Pimm, who evokes the golem by finding a hidden scroll in a hollowed out compartment of the golem's right foot and placing it under its tongue. ... more on Wikipedia

#48 of 68 The Best '60s Horror Movies 5.9k VOTES LSD, Woodstock, JFK, MLK, The Beatles, and the moon landing - the 1960s were quite a decade, and saw the release of some of ...
#64 of 115 The Best Old Horror Movies 33.2k VOTES The best old horror movies include classic scary films designed to terrify. Early horror movies tapped into our deepest fear...
#99 of 324 The Best Warner Bros. Entertainment Movies List 5.8k VOTES List of Warner Bros. Entertainment movies, ranked best to worst, including trailers, genres, and release dates. Warner Bros....