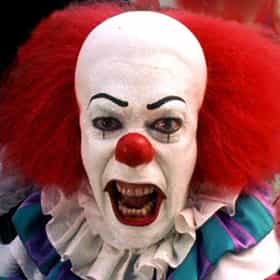 It is a 1990 psychological horror/drama miniseries based on Stephen King's novel of the same name. The story revolves around an inter-dimensional predatory life-form, which has the ability to transform itself into its prey's worst fears, allowing it to exploit the phobias of its victims. It mostly takes the form of a sadistic, wisecracking clown called "Pennywise the Dancing Clown". The protagonists are "The Losers Club", a group of outcast kids who discover Pennywise and vow to destroy him by any means necessary. The series takes place over two different time periods, the first when the Losers first discover Pennywise as children, and the second when they're called ... more on Wikipedia

Horrifying Things That Happened In The Book 'IT' Way Too Awful for the Movies 4.6k votes Warning: Spoilers ahead. There have been many books made into films, but few authors can boast a number equal to Stephen K...
How The Makers Of The '90s 'It' Miniseries Managed To Scare An Entire Generation 7.4k views Years before the TV mini-series event became the de facto means of adapting Stephen King’s stories, director Tommy Lee Walla...