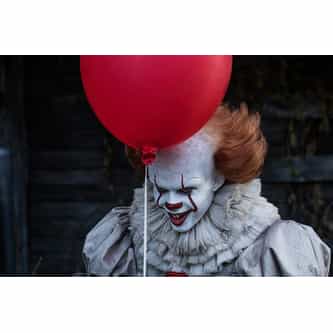 It (also known as It: Chapter One) is a 2017 American supernatural horror film directed by Andy Muschietti, based on the 1986 novel by Stephen King. In the summer of 1989, a group of bullied kids band together to destroy a shapeshifting monster (Bill Skarsgård), which disguises itself as a clown and preys on the children of Derry, their small Maine town. ... more on Wikipedia

5.3k votes Everything That IT (The Monster) Turns Into In 'IT'

5.1k votes The Best Characters In The It Movie

553 votes The Best ‘IT’ Halloween Costumes