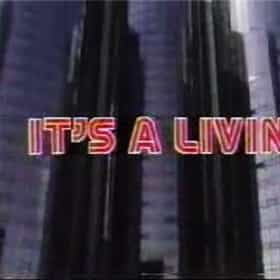 It's a Living is an American sitcom set in a restaurant at the top of the Bonaventure Hotel in Los Angeles. The show aired on ABC from October 30, 1980 until June 11, 1982. After the series was canceled, new episodes aired in first-run syndication from September 28, 1985 to April 8, 1989. The series was created by Stu Silver, Dick Clair and Jenna McMahon, and produced by Witt/Thomas Productions, later in association with Golden West Television and Lorimar-Telepictures. ... more on Wikipedia