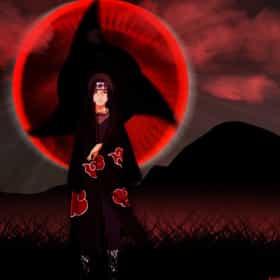 Itachi Uchiha is a fictional character in the Naruto manga and anime series created by Masashi Kishimoto. Itachi is the older brother of Sasuke Uchiha and is responsible for killing all the members of their clan, sparing only Sasuke. Though treated as an antagonist for much of the series, it is later revealed that Itachi slaughtered his clan in order to prevent a coup d'état which would result in a war, and that he had been acting in both Konoha's and Sasuke's best interests for the entire series. Itachi has been featured in the Naruto films, has appeared once in an original video animation of Naruto, and is a playable character in most of the video games from the series. ... more on Wikipedia

Itachi Uchiha is ranked on...

#3 of 1,163 People who voted for Itachi Uchiha... People in the Northeast are 2x more likely to vote for this also upvote Death Note on The Best Anime Series of All Time The Very Best Anime Characters 1.4M VOTES Who are the best anime characters ever? This list includes the top favorites in manga, possibly of all time. These are the c...
#5 of 107 The 25+ Saddest Anime Deaths of All Time 330.7k VOTES It's inevitable in almost any show you watch, but what are the saddest anime deaths of all time? For this list we're ranking...
#9 of 159 25+ Anime Boys You Definitely Crushed On 605.7k VOTES Anime draws viewers in with its captivating visuals, and the cutest characters created can be just as enticing. These men&nb...
#10 of 374 The Most Powerful Anime Characters of All Time 1.1M VOTES Want to end the debate of who the strongest anime character to ever exist is? You only have to do one thing...vote on the po...
#6 of 46 The 25+ Greatest Anime Characters With Fire Powers 83k VOTES Without a doubt, fire is a force of nature, so it makes sense that the people who use it are often forces of nature by thems...
#15 of 335 The Hottest Anime Guys of All Time 1.6M VOTES Trying to pick the hottest male anime character of all time is really hard, and that's why we want you all to vote up your...
#6 of 227 People who voted for Itachi Uchiha... People in the Midwest are 3x more likely to vote for this People outside of the US are 2x more likely to vote for this The Smartest Anime Characters of All Time 740.6k VOTES In anime, physical power isn't always everything. Very often brains will win over brawn, and because of that, we're ranking ...
#8 of 14 The 14 Best Ninjutsu Users In 'Naruto' 8.1k VOTES The broadest category of powers in the world of Naruto is ninjutsu. Ninjutsu isn't the most clearly defined t...
#71 of 136 The Greatest Bad Boys in TV History 118.4k VOTES List of the greatest bad boys in TV history. Here is a listing of the cream of the crop when it comes to television's best b...
#4 of 140 People who voted for Itachi Uchiha... People in the Northeast are 3x more likely to vote for this People in the South are 3x more likely to vote for this The Best Anime Characters With Black Hair 168k VOTES Anime characters with black hair are rather abundant, so we're going to need a lot of help from anime fans on this one. Ther...
#1 of 119 The 40+ Best Anime Character Backstories 177k VOTES If you watch a lot of anime, you know almost every anime character has some kind of backstory. That being said, what are the...
#1 of 20 20 Anime Villains No One Blames For Being Evil 3.6k VOTES Sometimes it doesn't matter how evil a villain is - their miserable childhoods make it impossible not to sympathize with the...
#3 of 43 30+ Male Anime Characters Who Aren't Afraid to Rock a Ponytail 19.5k VOTES As a guy, pulling off a ponytail can be tough. However, these male anime characters with ponytails know exactly what th...
#5 of 27 The Top 10+ Naruto Villains of All Time 58.1k VOTES If you had to rank them, who would you say is the best Naruto villain in the history of the series? This list includes Narut...
#5 of 13 The 13 Greatest Taijutsu Users In 'Naruto' 15k VOTES Ninja in Naruto use a variety of impressive techniques to defeat their enemies. They're especially proficient...
#5 of 53 The Best Anime Characters With Black Eyes 37.4k VOTES Black eyes are perhaps among the most common - and most natural - of anime eye colors. There are so many, but we're still go...
#4 of 15 15 Anime Characters Who Can Manipulate Time 1.2k VOTES Time is the only thing that impacts everyone equally... right? Not if you're one of the anime characters who manipulate time...
#3 of 15 15 Times Pacifist Anime Characters Were Forced To Take A Life 1.6k VOTES Just because an anime character doesn't want to kill doesn't mean that they never will. Even the kindest, most gentle charac...
#4 of 15 15 Aloof Big Brothers In Anime Who Are Super Distant 3.4k VOTES Big brothers are supposed to be warm, kind, protective people who love their younger siblings more than anything in the worl...
#1 of 25 25 Incredible Anime Villain Tattoos For Those With A Dark Side 3k VOTES Getting any sort of anime tattoo is a bold move. It's an awesome way of showing your love for a series or character, but you...
#7 of 14 The 14 Most Shocking Anime Betrayals 24.3k VOTES Betrayal is an act that many people find unforgivable. In anime, it always seems to happen in a big way and when y...
#2 of 25 The Best Anime Character Theme Songs 24.3k VOTES One of the pros of watching anime rather than reading manga is the music. There are so many epic anime character themes out ...
#7 of 18 The Best And Feistiest Zombies In Anime 1.1k VOTES While zombies in most media typically center themselves around horror or violence, zombies from ani...
#12 of 15 Here's What Hogwarts House Your Favorite Naruto Characters Would Be Placed In 9.7k VOTES Imagine for a moment the cast of Naruto transported to the world of Harry Potter, attending school ...
#2 of 12 The Most Powerful And Destructive Eyes In Anime 15.2k VOTES Characters in anime have some pretty impressive abilities. While some overpower their enemies with their martial a...
#1 of 32 The Best Anime Characters Who Wear Capes 1.6k VOTES How many cape wearing anime characters can you name? This list ranks the best anime characters who wear capes, with the help...
How Different Characters In Naruto Might Actually Represent Mental Health Issues 7.2k VIEWS In a world where most of the characters become soldiers at a young age and deal with constant warfare, it's no surprise that...

Itachi Uchiha is also found on...