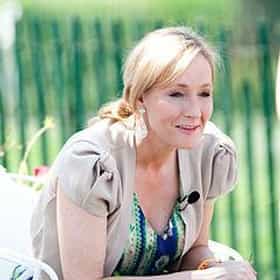 Joanne Rowling ( "rolling"; born 31 July 1965), better known by her pen name J. K. Rowling, is a British novelist, screenwriter, producer, and philanthropist. She is best known for writing the Harry Potter fantasy series, which has won multiple awards and sold more than 500 million copies, becoming the best-selling book series in history. The Harry Potter books have also been the basis for the popular film series of the same name, over which Rowling had overall approval on the scripts and was a producer on the final films. She has also written under the pen name Robert Galbraith. Born in Yate, Gloucestershire, Rowling was working as a researcher and bilingual secretary for ... more on Wikipedia

25 Times J.K. Rowling Absolutely Annihilated Haters On Twitter 8k votes J.K. Rowling created the fantastical world of Harry Potter, but for all her whimsy, you still don't want to go after her on ...
J.K. Rowling's Post-Books Reveals About Harry Potter 171.4k votes It’s been decades since the world was introduced to Harry Potter by J.K. Rowling, the author who created his magical world. ...
Interesting Facts You May Not Know About JK Rowling 21.6k views JK Rowling has been a household name since the late 1990s, one of just a handful of contemporary novelists to hold the disti...