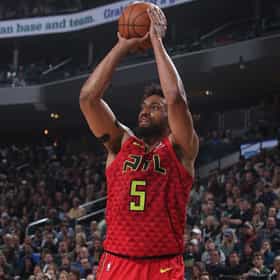 Jabari Ali Parker (born March 15, 1995) is an American professional basketball player for the Atlanta Hawks of the National Basketball Association (NBA). He was selected by the Milwaukee Bucks with the second overall pick in the 2014 NBA draft. He ended his college career after one season of playing for Duke University. Parker was a standout high school athlete, helping his team win four straight state championships for Simeon Career Academy, and was named the National High School Player of the Year by Gatorade and McDonald's. In his freshman year for the 2013–14 Duke Blue Devils, he was named a consensus first-team All-American, the USBWA National Freshman of the Year, and the ... more on Wikipedia

Jabari Parker is ranked on...

Jabari Parker is also found on...