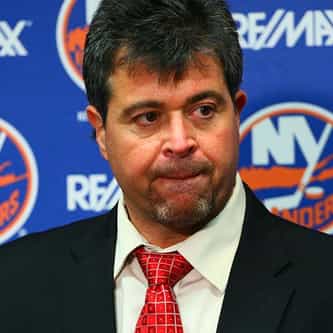 Jack C. Capuano Jr. (born July 7, 1966 in Cranston, Rhode Island) is an American ice hockey coach and former player. He is a former head coach of the New York Islanders of the National Hockey League (NHL). He is currently an associate coach for the Ottawa Senators of the National Hockey League (NHL) . Capuano played as a defenseman and spent parts of three seasons in the NHL in the late 1980s and early 1990s. He is the brother of former NHL hockey player Dave Capuano. ... more on Wikipedia

Jack Capuano IS LISTED ON