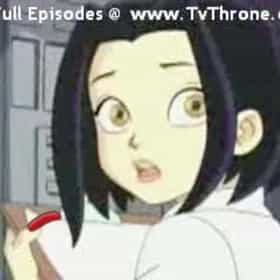 Jackie Chan Adventures is ranked on...

#100 of 717 People who voted for Jackie Chan Adventures... People under 30 are 2x more likely to vote for this also upvote Dragon Ball Z on The Best Anime Series of All Time The Best Cartoons of All Time 3M VOTES There have been many fantastic animated TV shows throughout the history, but which ones are the best? Some people think that...
#98 of 477 People who voted for Jackie Chan Adventures... People under 30 are 2x more likely to vote for this The Greatest Animated Series Ever Made 642.2k VOTES The top animated series of all time include some of the best TV shows ever to flicker in your living room (or on your comput...
#1195 of 2,297 The Greatest TV Shows Of All Time 1.5M VOTES Choosing the best TV shows of all time means taking into account the best TV dramas, the best TV comedies, the best cartoons...
#483 of 590 The Best TV Theme Songs of All Time 323.2k VOTES The best TV theme songs and TV intros of all time will take you back to some of the greatest moments in TV. Television theme...
#59 of 74 The Best Shows You Watched After School in the 2000s 11.1k VOTES The 2000s was a decade of great technological achievements. During this time, we left behind the simpler comforts of the '90...
#118 of 238 The Best Cartoons to Watch Stoned 64.7k VOTES Do you often wonder, “what are the best shows to watch high?” Or, more specifically, “what are the best cartoons to watch hi...
#26 of 58 Anime You Wish Was Streaming on Netflix 33.5k VOTES Although there are a lot of anime titles currently streaming on Netflix, there are so many titles that fans wish the service...
#26 of 80 The Best WB Television Network TV Shows/Programs 2.9k VOTES For many of us, shows on the WB were responsible for informing our early years, teaching us that love is complicated, your f...
#10 of 51 The Best Martial Arts TV Shows 4k VOTES The very best martial arts shows on television, ranked from best to worst. This list of the greatest martial arts shows also...
#16 of 54 The Best Action TV Shows For Kids Ever Made 583 VOTES Kids action shows can spark the imagination. A single series can make children believe they can grow up to be globe-trotting...