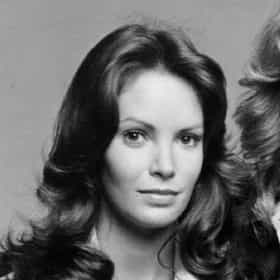 Jacquelyn Ellen "Jaclyn" Smith (born October 26, 1945) is an American actress and businesswoman. She is known for her role as Kelly Garrett in the television series Charlie's Angels (1976–1981), and was the only original female lead to remain with the series for its complete run. She reprised the role with a cameo appearance in the 2003 film Charlie's Angels: Full Throttle. Her other films include Nightkill (1980) and Déjà Vu (1985). Beginning in the 1980s, she began developing and marketing her own brands of clothing and perfume. Smith began her career in 1969 in television commercials. In 1976, she was cast in Charlie's Angels, alongside Kate Jackson and ... more on Wikipedia

Jaclyn Smith is ranked on...

Jaclyn Smith is also found on...