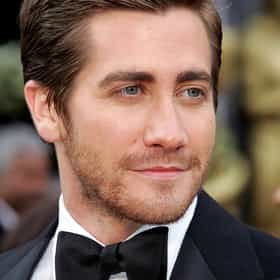 Jacob Benjamin Gyllenhaal (born December 19, 1980) is an American actor. Born into the Gyllenhaal family, he is the son of director Stephen Gyllenhaal and screenwriter Naomi Foner. He began acting as a child, making his acting debut in City Slickers (1991), followed by roles in his father's films A Dangerous Woman (1993) and Homegrown (1998). His breakthrough performances were as Homer Hickam in October Sky (1999) and as a psychologically troubled teenager in Donnie Darko (2001). His most widely seen film to that point came with the disaster film The Day After Tomorrow (2004). Gyllenhaal won the BAFTA Award for Best Actor in a Supporting Role and received a nomination for the Academy ... more on Wikipedia

Jake Gyllenhaal is ranked on...

Jake Gyllenhaal is also found on...