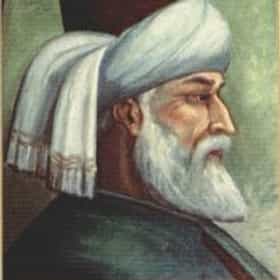 #837 of 926 People We Wish Were Still Alive 3.3M VOTES RIP to our world's greatest achievers, those who changed the way we live and the ways we thought. This list of people we wis...
#205 of 2,830 The Most Influential People of All Time 2.4M VOTES This is a list of the most influential people of all of human history. This means that the individuals on this list have had...
#611 of 1,472 The Greatest Minds of All Time 739.9k VOTES List of the Greatest Minds of All Time, throughout history. This list represents the most influential thinkers across variou...
#53 of 381 The Greatest Poets of All Time 752.8k VOTES Who are the best poets of all time? It includes poets such as Maya Angelou, Langston Hughes, William Shakespeare, and Sylv...
#76 of 87 People Who Made the World a Better Place 57.9k VOTES This is a list of famous people who helped heal the world. Some people have been acknowledged for their efforts with No...
Every Person Who Has Been Immortalized in a Google Doodle 57.2k VIEWS Who are the most influential people in history? Here's a good place to start. This is a list of every person who has ev...