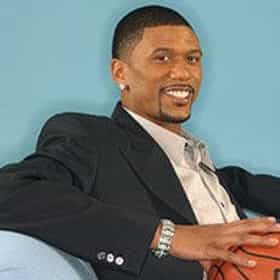 Jalen Anthony Rose (born January 30, 1973) is an American former professional basketball player, current sports analyst for ESPN, and cofounder of the Jalen Rose Leadership Academy. In college, he was a member of the University of Michigan Wolverines' "Fab Five" (along with Chris Webber, Juwan Howard, Jimmy King, and Ray Jackson) that reached the 1992 and 1993 NCAA Men's Division I Basketball Championship games as both freshmen and sophomores. Rose played in the National Basketball Association (NBA) for six teams, most notably alongside Reggie Miller on the Indiana Pacers teams that made three consecutive Eastern Conference finals, including the 2000 NBA Finals. Rose was ... more on Wikipedia

Jalen Rose is ranked on...

Jalen Rose is also found on...