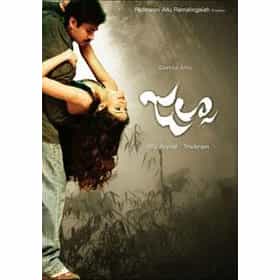 Jalsa is a 2008 Telugu film directed by Trivikram Srinivas and produced by Allu Aravind, under the Geetha Arts banner. The film stars Pawan Kalyan, Ileana D'Cruz and Parvati Melton in pivotal roles. The soundtrack of the film, composed by Devi Sri Prasad, was launched on 29 February 2008. The film was originally scheduled to be released on 27 March 2008, but because of delays in the digital intermediate process, the film was released on 2 April 2008 and became successful at the box Tollywood Box office. The movie was dubbed in Hindi as Yeh Hai Jalsa. Jalsa was released with 400 prints in 800 theaters across 1000 screens worldwide on 2 April 2008. Jalsa collected 400 million in 100 days ... more on Wikipedia

Jalsa is ranked on...

Jalsa is also found on...