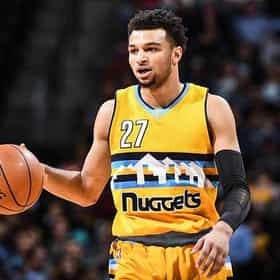 Jamal Murray (born February 23, 1997) is a Canadian professional basketball player for the Denver Nuggets of the National Basketball Association (NBA). He played one season of college basketball for the Kentucky Wildcats before being drafted by the Nuggets with the seventh overall pick in the 2016 NBA draft. On April 7, 2017, he scored a career-high 30 points in a 122–106 win over the New Orleans Pelicans. At the season's end, he was named to the NBA All-Rookie Second Team. On the first day of the free agent season, Murray signed a contract extension of a 5-year, $170 million maximum deal with the Nuggets. ... more on Wikipedia

Jamal Murray is ranked on...