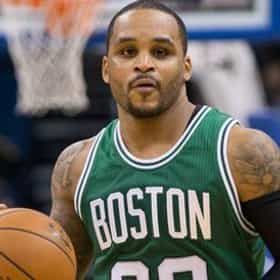 Jameer Nelson (born February 9, 1982) is an American professional basketball player who is a free agent. He played college basketball for the Saint Joseph's Hawks, where he was named national college player of the year in 2004. Drafted 20th overall in the 2004 NBA draft, Nelson spent the first ten years of his NBA career with the Orlando Magic. In 2009, he was named an All-Star and helped lead the Magic to the NBA Finals. He has also played for the Dallas Mavericks, Boston Celtics, Denver Nuggets, New Orleans Pelicans and Detroit Pistons. ... more on Wikipedia

Jameer Nelson is ranked on...

Jameer Nelson is also found on...