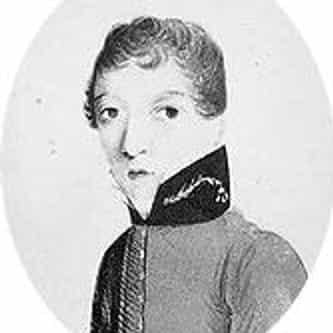 James Miranda Steuart Barry (c. 1789 – 25 July 1865) was a military surgeon in the British Army, born in Cork, Ireland. Barry obtained a medical degree from the University of Edinburgh Medical School, then served first in Cape Town, South Africa and subsequently in many parts of the British Empire. Before retirement, Barry had risen to the rank of Inspector General (equivalent to Brigadier General) in charge of military hospitals, the second highest medical office in the British Army. ... more on Wikipedia

48.8k readers The Woman Who Disguised Herself As A Man For Decades To Practice Surgery Before Women Were Allowed

James Barry IS LISTED ON