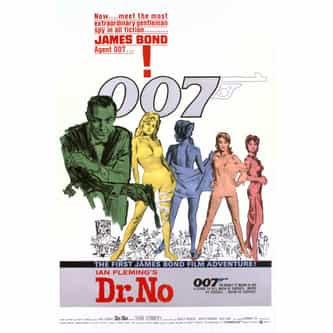 The James Bond film series is a British series of spy films based on the fictional character of MI6 agent James Bond, "007", who originally appeared in a series of books by Ian Fleming. It is one of the longest continually-running film series in history, having been in on-going production from 1962 to the present (with a six-year hiatus between 1989 and 1995). In that time Eon Productions has produced 24 films, most of them at Pinewood Studios. With a combined gross of over $7 ... more on Wikipedia

James Bond Franchise IS LISTED ON