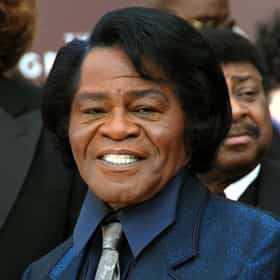 James Joseph Brown (May 3, 1933 – December 25, 2006) was an American singer, songwriter, dancer, musician, record producer and bandleader. A progenitor of funk music and a major figure of 20th-century music and dance, he is often referred to as the "Godfather of Soul". In a career that lasted 50 years, he influenced the development of several music genres.Brown began his career as a gospel singer in Toccoa, Georgia. He joined an R&B vocal group, the Gospel Starlighters (which later evolved into the Famous Flames) founded by Bobby Byrd, in which he was the lead singer. First coming to national public attention in the late 1950s as a member of the singing group The Famous ... more on Wikipedia

James Brown is ranked on...

James Brown is also found on...