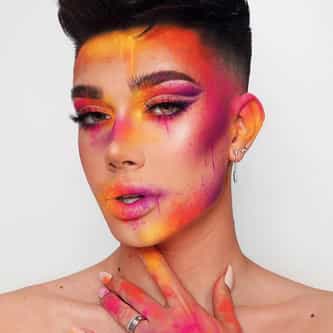 James Charles Dickinson (born May 23, 1999), also known as James Charles, is an American internet personality, makeup artist, and model known for being the first male CoverGirl spokesperson. Charles launched his YouTube channel, focusing on makeup, on December 1, 2015 and has over 2,798,000 million subscribers and 169.3 million views (as of February 2018). His Instagram currently has over 3.2 million followers (as of February 2018). ... more on Wikipedia

James Charles IS LISTED ON