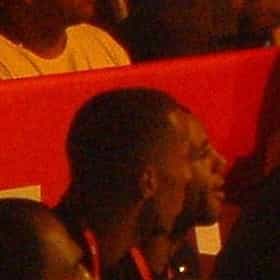 James Frederick DeGale, (born 3 February 1986) is a British former professional boxer who competed from 2009 to 2019. He held the IBF super-middleweight title twice between 2015 and 2018, and regionally the European and British super-middleweight titles between 2010 and 2012. DeGale represented Great Britain at the 2008 Olympics as an amateur, winning a gold medal in the middleweight division. He also won silver at the 2007 and 2008 EU Championships, and bronze at the 2006 Commonwealth Games. By later becoming IBF champion, he became the first British boxer in history to win both an Olympic gold medal and a professional world title. ... more on Wikipedia

James DeGale is also found on...