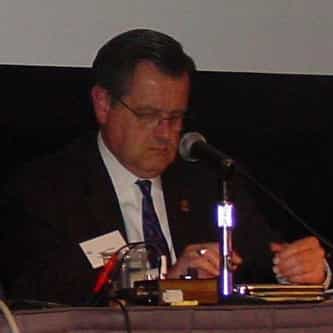 James Elton "Jim" West (March 28, 1951 – July 22, 2006) was an American politician. In 2005, while Mayor of Spokane, Washington, he was the target of allegations of the sexual abuse of boys twenty years earlier. These allegations became public after West became a target of a sting operation conducted by his hometown newspaper, the Spokesman Review. Some journalists and academics criticized the paper for what they saw as a form of entrapment. West admitted engaging in homosexual ... more on Wikipedia

James E. West IS LISTED ON