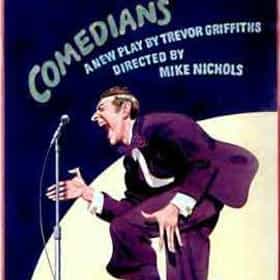 For the American actor born in 1936, see Jim McMullan.James McMullan (born June 1934) is an illustrator and designer of theatrical posters. Born in Tsingtao, Republic of China (1912–49), where his grandparents had emigrated from Ireland as missionaries for the Anglican Church, he and his mother fled to Canada at the onset of World War II. In 1944, he enrolled at St. Paul's Boarding School in Darjeeling, India. After his father was killed in a plane crash, he joined his mother in Shanghai, and the two relocated to Vancouver Island, where he completed his high school education. When McMullan was 17, he and his mother emigrated to the United States, where he studied for a year at the ... more on Wikipedia

James McMullan is also found on...