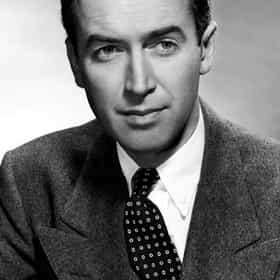 James Maitland Stewart (May 20, 1908 – July 2, 1997) was an American actor and military officer who is among the most honored and popular stars in film history. Known for his distinctive drawl, down-to-earth persona, and authentic, everyman acting style, Stewart's film career spanned over 55 years and 80 films. With the strong morals he portrayed both on screen and in his personal life, Stewart epitomized the "American ideal" in the 20th-century United States. The characters he played spanned a wide range of subjects and appealed to large audiences. His emotional film performances contributed to his cinematic acclaim. Stewart began his career as a performer on Broadway which ... more on Wikipedia

Every James Stewart Movie, Ranked Best to Worst 15.1k votes The best James Stewart movies of all time prove that he was one of the top actors of his generation. Active from the 1930s u...

James Stewart is ranked on...

James Stewart is also found on...