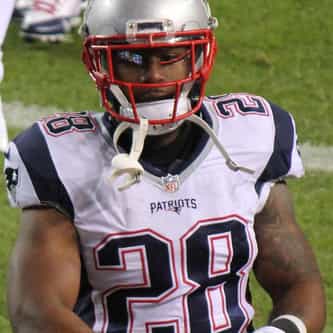 James Calvin White (born February 3, 1992) is an American football running back for the New England Patriots of the National Football League (NFL). He played college football at Wisconsin and was drafted by the Patriots in the fourth round of the 2014 NFL Draft. In Super Bowl LI, he scored three touchdowns, including the game-winning score in overtime. He set Super Bowl records for receptions with 14 and points scored with 20, including the first points ever scored in overtime in a Super ... more on Wikipedia

James White IS LISTED ON