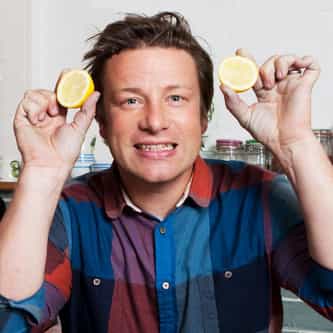 James Trevor Oliver (born 27 May 1975) is a British chef and restaurateur. He is known for his approachable cuisine, which has led him to front numerous television shows and open many restaurants. Born and raised in Clavering, Essex, he was educated in London before joining Antonio Carluccio's Neal Street restaurant as a pastry chef. While serving as a sous-chef at the River Café, he was noticed by Patricia Llewellyn of Optomen; and in 1999 the BBC aired his television show, The ... more on Wikipedia

Jamie Oliver IS LISTED ON