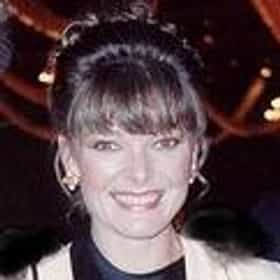 Jane Therese Curtin (born September 6, 1947) is an American actress and comedian. She is sometimes referred to as "Queen of the Deadpan"; The Philadelphia Inquirer once called her a "refreshing drop of acid." She was included on a 1986 list of the "Top Prime Time Actors and Actresses of All Time."First coming to prominence as an original cast member on the hit TV comedy series Saturday Night Live in 1975, she went on to win back-to-back Emmy Awards for Best Lead Actress in a Comedy Series on the 1980s sitcom Kate & Allie portraying the role of Allison "Allie" Lowell. Curtin later starred in the hit series 3rd Rock from the Sun (1996–2001), ... more on Wikipedia

Jane Curtin is ranked on...

#200 of 362 The Funniest People of All Time 868.9k VOTES The funniest people of all time are a mix of actors, comedians, and even a few people who probably didn't start off trying t...
#20 of 96 People who voted for Jane Curtin... also upvote Star Trek Franchise on The Best Space Movies also upvote The Church Lady on The Best Saturday Night Live Characters of All Time The Best SNL Cast Members of All Time 375.3k VOTES A list of the best Saturday Night Live cast members from the show's 40 seasons. The sketch comedy show has long been a favor...
#200 of 228 The Best Living American Actresses 167.1k VOTES It takes a lot to make a movie great. There has to be excellent writing, production, direction, editing, and of course, acti...
#206 of 408 The Funniest Stand Up Comedians Of All Time 1M VOTES A ranked list of the best stand up comedians in the history of the art form. First and foremost, all of the people on this l...
#295 of 770 American Public Figures Who Are National Treasures 224.8k VOTES America's national treasures work in different fields, are of different generations, and all have different stories to ...
#23 of 294 The Funniest Female Comedians of All Time 253.5k VOTES The funniest female comedians star on our favorite sitcoms, perform standup at the top comedy clubs and best of all, make us...
#10 of 16 Every Host in SNL Weekend Update History, Ranked 14.9k VOTES "Saturday Night Live" has been around since 1975, and one of the show's trademark segments is the wonderful Weeken...
#38 of 70 The Most Successful Saturday Night Live Alumni 51.1k VOTES This list of the most successful Saturday Night Live alumni in the show’s history, has been ranked by SNL fans. In the 40+ s...
#631 of 1,452 Celebrity Death Pool 2018 477.7k VOTES Welcome to Celebrity Death Pool 2018! In increasingly uncertain times, there remains one constant in life - we all die. Cele...
#8 of 43 The Funniest Female SNL Alumni 22.7k VOTES List of the funniest women to ever be on Saturday Night Live, as ranked by SNL fans and critics. In the history of SNL there...
#6 of 13 The Best SNL Cast Members of the '70s 5.1k VOTES The show that launched some of the biggest comedy careers, and sunk a few, signed on the air on October 11, 1975 on NBC. S...
What The Cast Of 'Saturday Night Live' Thinks About The Show 2.7k VIEWS Airing its first episode on October 11, 1975, Saturday Night Live has entered its 45th year as an American television i...
Unicef Goodwill Ambassadors 31.5k VIEWS Unicef Goodwill Ambassadors are often celebrities who travel the world using their fame to promote Unicef in their home coun...
Famous People Named Jane 30.1k VIEWS List of famous people named Jane, along with photos. How many celebrities named Jayne can you think of? The famous Janes bel...
#15 of 31 The Funniest Deadpan Comedians of All Time 2k VOTES This list contains information about the best deadpan comedians, loosely ranked by user votes. The best deadpan comedians ...
#81 of 82 Former Cast Members We Want To See Host SNL 383 VOTES When Adam Sandler returned to the halls of Studio 8H in 2019 to host Saturday Night Live, many were surprised that the famed...
The Playboy Interviews Of The '70s 14.5k VIEWS Here is a list of all Playboy interview subjects of the groovy '70s. A major part of the magazine appears to be the eye-cand...

Jane Curtin is also found on...