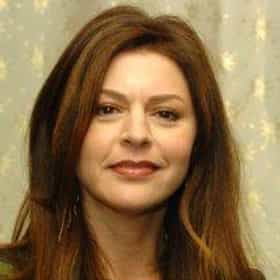 Jane Elizabeth Leeves (born 18 April 1961) is an English actress, model, producer, comedian, singer, and dancer. She played Daphne Moon on the television sitcom Frasier from 1993 until 2004, for which she was nominated for Emmy Awards and Golden Globe Awards. She is also known for her role as Joy Scroggs on TV Land's sitcom Hot in Cleveland.Leeves made her screen debut with a small role in 1983 on the British comedy television show The Benny Hill Show, and appeared as a dancer in Monty Python's The Meaning of Life. She moved to the United States, where she performed in small roles. From 1986 to 1988, she had her first leading role in the short-lived sitcom Throb, and then secured a ... more on Wikipedia

Jane Leeves is ranked on...

#356 of 505 The Best TV Actors of All Time 107.1k VOTES The greatest TV actors of all time. Some of these actors have been in movies, some of them are even more well known at this ...
#609 of 1,026 The Most Beautiful Women In Hollywood 4.4M VOTES The most beautiful women in the world are a great mix of attractive TV actresses, singers, models, and more, ...
#132 of 294 People who voted for Jane Leeves... also upvote Saw Franchise on The Worst Movies Of All Time also upvote Star Trek Franchise on The Best Movies Based on TV Shows The Funniest Female Comedians of All Time 253.5k VOTES The funniest female comedians star on our favorite sitcoms, perform standup at the top comedy clubs and best of all, make us...
#153 of 186 Who Was America's Girlfriend in 2016? 69.7k VOTES   We all have serious crushes on the people on this list, but only one lady can claim the top spot in our hearts. Who...
Famous People Named Jane 30k VIEWS List of famous people named Jane, along with photos. How many celebrities named Jayne can you think of? The famous Janes bel...
37 Actresses Who Filmed While Pregnant 2.4M VIEWS Several actresses have filmed television shows and movies while they were pregnant. Some of these famous moms had their preg...
#5 of 18 The Best Frasier Actors 401 VOTES The Frasier cast is among those who are likely to go down in history for creating a show that's always hysterical, no matter...

Jane Leeves is also found on...