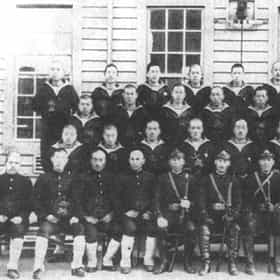 The invasion of Tulagi, on 3–4 May 1942, was part of Operation Mo, the Empire of Japan's strategy in the South Pacific and South West Pacific Area in 1942. The plan called for Imperial Japanese Navy troops to capture Tulagi and nearby islands in the Solomon Islands Protectorate. The occupation of Tulagi by the Japanese was intended to cover the flank of and provide reconnaissance support for Japanese forces that were advancing on Port Moresby in New Guinea, provide greater defensive depth for the major Japanese base at Rabaul, and serve as a base for Japanese forces to threaten and interdict the supply and communication routes between the United States and Australia and New Zealand. ... more on Wikipedia

Invasion of Tulagi is also found on...