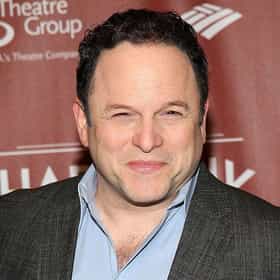 Jay Scott Greenspan (born September 23, 1959), known by his stage name Jason Alexander, is an American actor, voice actor, singer, comedian, and director. Alexander is best known for his role as George Costanza in the television series Seinfeld, for which he was nominated for six consecutive Primetime Emmy Awards and three Golden Globe Awards. Other well-known roles include Phillip Stuckey in the film Pretty Woman (1990) and the title character in the animated series Duckman (1994–1997). Alexander has had an active career on stage, appearing in several Broadway musicals including Jerome Robbins' Broadway in 1989, for which he won the Tony Award as Best Leading Actor in a Musical. He ... more on Wikipedia

Jason Alexander is ranked on...

Jason Alexander is also found on...