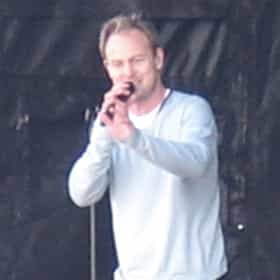 Jason Sean Donovan (born 1 June 1968) is an Australian actor and singer. He initially achieved fame in the Australian soap Neighbours, playing Scott Robinson, before beginning a career in music in 1988. In the UK he has sold over 3 million records. His debut album Ten Good Reasons was the highest-selling album in the UK in 1989, with sales of over 1.5 million. He has had four UK No. 1 singles, one of which was "Especially for You", his 1988 duet with fellow Neighbours co-star Kylie Minogue. He has also appeared in several stage musicals, most prominently in the lead role of Joseph and the Amazing Technicolor Dreamcoat in the early 1990s. Born in Australia, he now resides in ... more on Wikipedia

Jason Donovan is ranked on...

#803 of 1,042 The Best Singers of All Time 2.3M VOTES Who are the best singers of all time? That's a tough question to ask. This list includes many of the greatest, most famous v...
#313 of 367 The Best Pop Artists of the 1980s 388.2k VOTES The 1980s was a huge decade in terms of breaking pop stars. 80s artists benefited from the rising popularity of cable televi...
#261 of 539 The Greatest Pop Groups & Artists of All Time 593.5k VOTES Update: Follow Ranker's official New Pop 2020 playlist on Spotify! For years, pop music has dominated your radio...
#296 of 310 The Best Australian Bands, Ranked 165.5k VOTES Who are the best Australian bands? The best bands from Australia you'll find on this list come from a variety of different m...
Famous People Named Jason 56.1k VIEWS List of famous people named Jason, along with photos. How many celebrities named Jason can you think of? The famous Jasons b...

Jason Donovan is also found on...