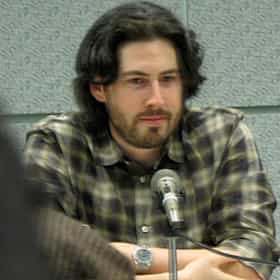 Jason Reitman ( ; born October 19, 1977) is a Canadian film director, screenwriter, and producer, best known for directing the films Thank You for Smoking (2005), Juno (2007), Up in the Air (2009), and Young Adult (2011). As of February 2, 2010, he has received one Grammy Award, one Golden Globe, and four Academy Award nominations, two of which are for Best Director. Reitman is a dual citizen of Canada and the United States. He is the son of director Ivan Reitman. ... more on Wikipedia

Jason Reitman is ranked on...

#120 of 221 People who voted for Jason Reitman... also upvote X-Men Franchise on The Greatest Comic Book Movies of All Time also upvote Star Trek Franchise on The Best Space Movies The Greatest Living Directors, Ranked 86k VOTES List of the best living filmmakers (though not necessarily still actively making films.) When discussing the finest director...
#56 of 122 The Best Comedy Directors in Film History 14.7k VOTES Titans of comedy! These kings of clowning are the best comedy directors ever to make side-splitting movies. This list includ...
#40 of 161 The Most Overrated Directors of All Time 39.3k VOTES List of the most overacted directors in the film industry of all times. Often the success, both critically and financially, ...
#158 of 159 The Best Directors of the 2000s 3.8k VOTES The best directors of the 2000s rank among some of the greatest living directors and most among the best directors of all ti...
#38 of 56 The Best Romantic Comedy Directors in Film History 228 VOTES Who are the best romantic comedy directors in film history? You get to decide. Making a good rom-com is harder than it looks...

Jason Reitman is also found on...