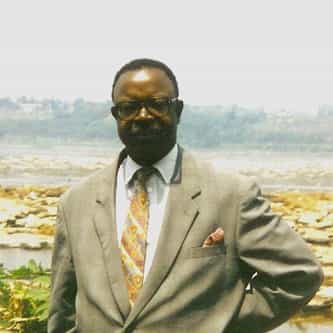 Jean-Baptiste Tati Loutard (15 December 1938 – 4 July 2009) was a Congolese politician and poet. Having previously served as Minister of Higher Education and Minister of Arts and Culture, he was Minister of Hydrocarbons in the government of Congo-Brazzaville from 1997 to 2009; he was also the founder and President of the Action Movement for Renewal (MAR), a political party. Aside from politics, Tati Loutard published numerous books of his own poetry and literature in general. ... more on Wikipedia