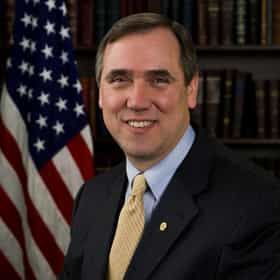 Jeff Merkley (born October 24, 1956) is an American politician serving as the junior United States Senator from Oregon since 2009. He is a member of the Democratic Party. Prior to his election to the Senate, Merkley was a five-term member of the Oregon House of Representatives representing the state's 47th district, in central Multnomah County at the eastern side of Portland. From 2007 to 2009 he was Speaker of the Oregon House of Representatives. Merkley defeated two-term Republican incumbent Gordon Smith in 2008 and was reelected in 2014, defeating Republican nominee Monica Wehby. He has been a leading progressive voice in the Senate and was the only U.S. Senator to endorse Bernie ... more on Wikipedia

Jeff Merkley is also found on...