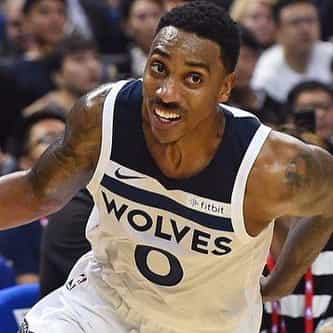 Jeffrey Demarco Teague (born June 10, 1988) is an American professional basketball player for the Atlanta Hawks of the National Basketball Association (NBA). Teague played college basketball for Wake Forest University before being selected 19th overall in the 2009 NBA draft by the Atlanta Hawks. Following his initial 7 year run with the Hawks, Teague was traded to the Indiana Pacers (2016-2017) and the Minnesota Timberwolves (2017-2020) before finally returning to the Atlanta Hawks in ... more on Wikipedia

Jeff Teague IS LISTED ON