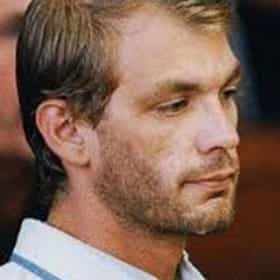 Jeffrey Lionel Dahmer (; May 21, 1960 – November 28, 1994), also known as the Milwaukee Cannibal or the Milwaukee Monster, was an American serial killer and sex offender who committed the rape, murder, and dismemberment of 17 men and boys from 1978 to 1991. Many of his later murders involved necrophilia, cannibalism, and the permanent preservation of body parts—typically all or part of the skeleton.Although he was diagnosed with borderline personality disorder, schizotypal personality disorder, and a psychotic disorder, Dahmer was found to be legally sane at his trial. He was convicted of 15 of the 16 murders he had committed in Wisconsin, and was sentenced to 15 terms of life ... more on Wikipedia

Jeffrey Dahmer is ranked on...

All The True Stories, People, And Crimes Referenced In Every Season Of 'American Horror Story' 551.2k VIEWS One of the greatest achievements of American Horror Story, the long-running FX horror anthology, is that it truly ...
Famous People Named Jeff & Jeffrey 37.9k VIEWS If your name is Jeff, then you're in some great company. Here's our list of the most famous people named Jeff or Jeffrey, in...
14 Serial Killers And The Music They Loved 71.4k VIEWS Have you ever wondered how close your taste in music is to a serial killer's? For instance, do you share a favorite song wit...

Jeffrey Dahmer is also found on...