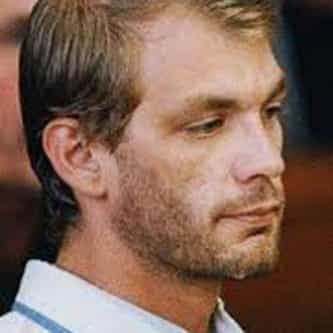 Cause Of Death
Craniocerebral Trauma
Murder

Jeffrey Lionel Dahmer (; May 21, 1960 – November 28, 1994), also known as the Milwaukee Cannibal or the Milwaukee Monster, was an American serial killer and sex offender who committed the rape, murder, and dismemberment of 17 men and boys from 1978 to 1991. Many of his later murders involved necrophilia, cannibalism, and the permanent preservation of body parts—typically all or part of the skeleton.Although he was diagnosed with borderline personality disorder, schizotypal personality ... more on Wikipedia

Jeffrey Dahmer IS LISTED ON