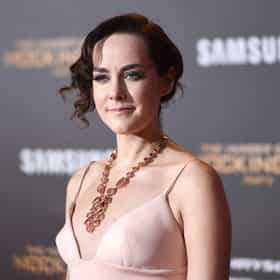 Jena Laine Malone (; born November 21, 1984) is an American actress, musician, and photographer. She began her career as a child actor, and became known for her roles in both independent films and mainstream blockbuster features. Her accolades include two Screen Actors Guild Award nominations, a Golden Globe Award nomination, and a Saturn Award. A native of Sparks, Nevada, Malone spent her early life there and in Las Vegas, while her mother acted in local theater productions. Inspired to become an actress herself, Malone convinced her mother to relocate to Los Angeles. After auditioning for several projects, Malone was cast by Anjelica Huston in her television film Bastard Out of ... more on Wikipedia

Jena Malone is ranked on...

Jena Malone is also found on...