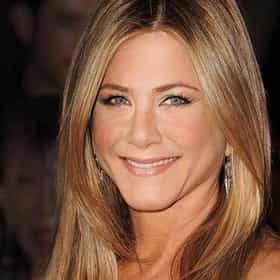 Jennifer Joanna Aniston (born February 11, 1969) is an American actress, film producer, and businesswoman. The daughter of actors John Aniston and Nancy Dow, she began working as an actress at an early age with an uncredited role in the 1987 film Mac and Me. Since her career grew in the 1990s, Aniston has remained a well-known figure, established as one of the leading and highest-paid actresses in Hollywood as of 2019. Aniston rose to international fame portraying Rachel Green on the television sitcom Friends (1994–2004), for which she earned Primetime Emmy, Golden Globe, and Screen Actors Guild awards. The character was widely popular while the series aired and was later recognized as ... more on Wikipedia

Jennifer Aniston is ranked on...

Jennifer Aniston is also found on...