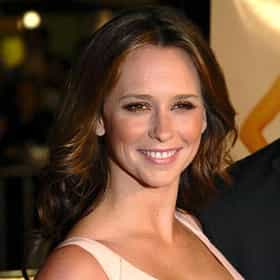 Jennifer Love Hewitt (born February 21, 1979) is an American actress and singer. Hewitt began her career as a child actress and singer, appearing in national television commercials before joining the cast of the Disney Channel series Kids Incorporated (1989–1991) as well as performing as a backup singer. She received her breakthrough role as Sarah Reeves Merrin on the Fox teen drama Party of Five (1995–1999) and rose to fame as a teen star for her role as Julie James in the horror film I Know What You Did Last Summer (1997) and its 1998 sequel, as well as Amanda Beckett in the teen comedy film Can't Hardly Wait (1998). Hewitt starred alongside Sigourney Weaver in the romantic comedy ... more on Wikipedia

Jennifer Love Hewitt is ranked on...