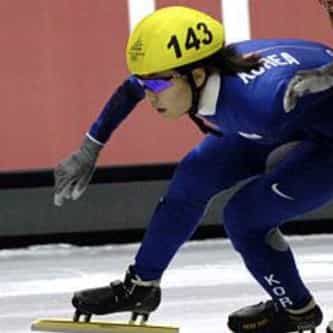 Jeon Da-hye (Korean: 전다혜; Hanja: 全多慧; born November 23, 1983 in Pohang, Gyeongsangbuk-do) is a South Korean short track speed skater who won gold in the women's 3000 metre relay at the 2006 Winter Olympics.In 1999 Jeon earned her first call to the South Korea women's national short track team at the age of 16. In 2001, she won two silver medals at the World Championships as a member of the national team. In 2001 Jeon was omitted from the national team roster and did not participated in the ... more on Wikipedia

Jeon Da-Hye IS LISTED ON