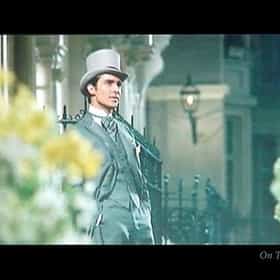 Peter Jeremy William Huggins (3 November 1933 – 12 September 1995), known professionally as Jeremy Brett, was an English actor. He played fictional detective Sherlock Holmes in four Granada TV series from 1984 to 1994 in all 41 episodes. His career spanned from stage, to television and film, to Shakespeare and musical theatre. He also played the smitten Freddy Eynsford-Hill in the 1964 Warner Bros. production of My Fair Lady. ... more on Wikipedia

Jeremy Brett is ranked on...

#890 of 1,149 The Best Actors in Film History 2.2M VOTES The best actors ever are ranked here in this list of the best actors in film history. These are the greatest actors ever to ...
#736 of 931 People We Wish Were Still Alive 3.2M VOTES RIP to our world's greatest achievers, those who changed the way we live and the ways we thought. This list of people we wis...
#187 of 273 The Greatest British Actors of All Time 281.6k VOTES This list of the greatest British actors of all time has been ranked by fans of the films and TV shows in which these men ha...
#55 of 78 Famous Actors Who Were Almost James Bond 62.7k VOTES Skyfall once again showcased Daniel Craig as one of the most suave and simultaneously vulnerable Bonds in the history of the...
Famous People Named Jeremy 19.9k VIEWS If your name is Jeremy, then you're in some great company. Here's our list of the most famous people named Jeremy, including...
16 Actors Who Have Played Macbeth 80k VIEWS Macbeth is one of William Shakespeare's darkest tragedies. It tackles political themes and the lengths that men will go to i...

Jeremy Brett is also found on...