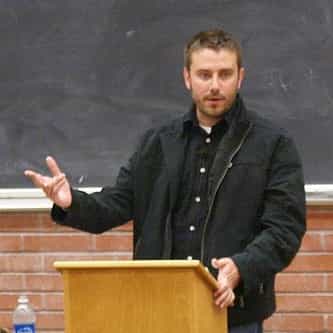 Jeremy Scahill (born October 18, 1974) is an American investigative journalist, writer, the founding editor of the online news publication The Intercept and author of Blackwater: The Rise of the World's Most Powerful Mercenary Army, which won the George Polk Book Award. His book Dirty Wars: The World Is a Battlefield was published by Nation Books on April 23, 2013. On June 8, 2013, the documentary film of the same name, produced, narrated and co-written by Scahill, was released. It ... more on Wikipedia

Jeremy Scahill IS LISTED ON