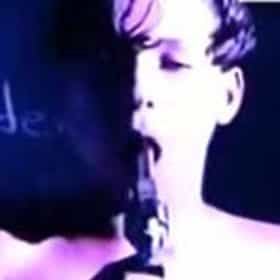 "Jeremy" is a song by the American rock band Pearl Jam, with lyrics written by vocalist Eddie Vedder and music written by bassist Jeff Ament. "Jeremy" was released in 1992 as the third single from Pearl Jam's debut album Ten (1991). The song was inspired by a newspaper article Vedder read about Jeremy Wade Delle, a high school student who shot himself in front of his English class on January 8, 1991. It reached the number five spot on both the Mainstream and Modern Rock Billboard charts. ... more on Wikipedia

The History And Enduring Controversy Behind Pearl Jam's 'Jeremy' Music Video 4.9k views Grunge was still in its relative infancy when Pearl Jam’s music video for “Jeremy,” the band’s third single, debuted in 1992...

Jeremy is ranked on...