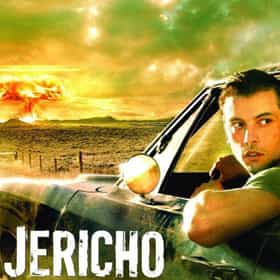 Jericho is an American post-apocalyptic action-drama series that centers on the residents of the fictionalized post-apocalyptic town of Jericho, Kansas, in the aftermath of a limited nuclear attack on 23 major cities in the contiguous United States. The show was produced by CBS Paramount Network Television and Junction Entertainment, with executive producers Jon Turteltaub, Stephen Chbosky, and Carol Barbee, the show was broadcast in more than 30 countries. The show ran on CBS from September 20, 2006 through March 25, 2008. It was canceled after its first full season because of poor ratings. While a fan campaign was able to convince the network to bring the show back for a ... more on Wikipedia

Jericho is ranked on...

Jericho is also found on...