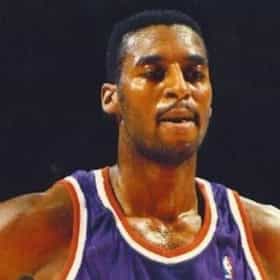 Terrah Jerrod Mustaf (born October 28, 1969) is a retired American professional basketball player. Mustaf played at DeMatha High School in Hyattsville, Maryland. He was one of the most heavily recruited players in his senior year, and went on to play collegiately at the University of Maryland. After being selected by the New York Knicks in the first round, 17th overall, in the 1990 NBA Draft, Mustaf played in the NBA from 1990 to 1994 with the Knicks and the Phoenix Suns, after which he played professionally in Europe. He retired in 2001, last playing with Altay Kartal Makarna of the Turkish Basketball League. On July 22, 1993, Mustaf's girlfriend at the time, Althea Hayes, was ... more on Wikipedia

Jerrod Mustaf is ranked on...

Jerrod Mustaf is also found on...